10 years of signing of peace accord commemorated 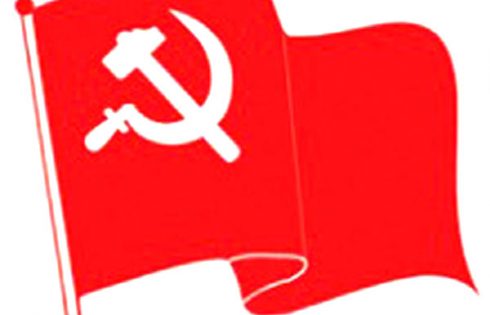 Ghorahi (Dang), June 9: The 10 years of the signing of Comprehensive Peace Accord (CPA) between the state side and then rebel side, the CPN (Maoist) – that ushered Nepal into a peace process by ending the decade-old armed conflict – has been commemorated in Ghorahi of Dang on Thursday.

Various speakers on the occasion have underlined the need of building sustainable peace to bring the country to the path to prosperity by ending the prolonged transition.

Inaugurating the mid-western regional conference ‘Peace Process in Nepal: Reflections and Way Forward’ organized by European Union and USAID in partnership with Government of Nepal at Ghorahi of Dang on Thursday, Minister for Peace and Reconstruction Eknath Dhakal expressed government’s commitment to implement the recommendations of the reports of the Truth and Reconciliation Commission and Commission for Investigation on Enforced Disappeared Persons to bring the ongoing peace process of Nepal to a logical end.

“The preliminary investigation into the war-era cases has already started adopting the principle of transitional justice and the execution of their recommendations will conclude the chapter of the peace process and open up avenue for country’s transformation,” Minister Dhakal said.

Promulgation of the new constitution is the testimony to the fact that the country is moving towards completing the hard-earned peace process and democratic transitioning to bring the country to the pathway to prosperity, he noted.

Expressing remarks on behalf of the development partners that have supported the implementation of the CPA and Nepal’s peace process, Ambassador of Delegation of the European Union to Nepal, Rensje Teerink said Nepal has seen some commendable achievements in the first decade while implementing the CPA.

“The management of arms and armies of then CPN-Maoist, promulgation of a new constitution through the Constituent Assembly, formation of the transitional justice commissions, promotion of inclusive policies and programmes and reconstruction of some crucial infrastructures,” she added.

Likewise, Secretary at the Ministry of Peace and Reconstruction Sarbadev Mahato said the peace process was the foundation of the democratic transition of the country and the Ministry is effortful to effectively mobilize peace trust fund to realize the goal of society with a lasting peace.

On the occasion, Prof Birendra Prasad Mishra had presented his analytical thoughts on ‘Reflection on Nepal’s Peace Process’ and Prof Krishna Khanal delivered his articulations on ‘Way Forward of Nepal’s Peace Process’. The presentations of thoughts were followed by discussion among the participants which comprise conflict victims, representatives of political parties and local peace committee, journalists, educators, industrialists, civil society and NGOs.

As many as 150 participants took part in the conference organized to commemorate the 10 years of the signing of the Comprehensive Peace Accord (CPA) in the region which was most-affected during the decade-long armed conflict.

The event was organized to assess on what Nepal collectively has achieved in the past ten years and challenges we faced in the peace process, and the way forward for building a strong foundation for durable peace and prosperity in the country.